We invite contributions for the 2016 Workshop on Visualization for the Digital Humanities. This will be a one day workshop taking place as part of IEEE VIS 2016 in Baltimore, MD.

Despite the growing popularity of digital methods for research in the humanities, digital humanists are underserved by academics in visualization, and under-represented in visualization conferences. This is due to a number of factors:

For more information, please see our call for papers.

Beyond demoware - how do and how could humanists exploit visualization in their core work?

Abstract: The presentation begins by asking to what extent visualization in the Digital Humanities has actually changed the practices of mainstream humanists. The presentation will then consider the possibilities for visualization in the classic practice of philology, by which I designate the sum of all ways in which we can exploit the linguistic record to understand the past in its entirety. Here I focus particularly upon several cognitive barriers:(1) the challenge of analyzing text at scale without losing the precision of traditional close reading; (2) the problems of working with large scale trans-cultural subjects that involve sources in more languages than we can study, much less master; (3) the challenges of assessing reliable contributions from citizen scientists with many backgrounds and from around the world; (4) the role that each of these questions plays in the larger challenge of balancing localism and globalism as we think about the past in a global age; (5) the implications of these questions for the particular task of developing a new version of the Perseus Digital Library that can serve a Global Philology. 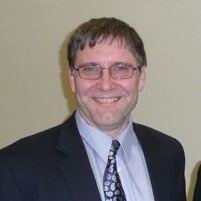 Abstract: In digital humanities (DH), scholars conducted their data-informed research in ways similar to the analytical processes in the sciences. Large and complex datasets are collected, processed, summarized, and observed; hypotheses are formulated, explored, and scrutinized; analytical evidences are computed or uncovered; and findings are presented and communicated. Visualization can be an enabling tool in every stage of such a workflow, especially in many situations where fully automated approaches cannot adequately handle the high dimensionality of the data, address the sparsity of sampling, or capture the knowledge of the scholars. Therefore, DH problems are treasure troves, offering a broad spectrum of challenges and opportunities to the application as well as the advancement of the visualization technology. In this talk, the speaker will share his team's experience in collaborating with DH scholars, conducting DH projects, and making new technical advancements while fulfilling the requirements of DH research. In the spirit of this workshop, the speaker will also use nine DH problems (in an ambitious but unsuccessful grant proposal) as part of the discourse on new research directions. 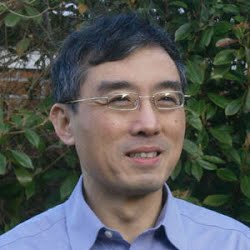 Min Chen developed his academic career in Wales between 1984 and 2011. He is currently the professor of scientific visualization at Oxford University and a fellow of Pembroke College. His research interests include visualization, computer graphics, and human-computer interaction. He has co-authored some 200 publications, including his recent contributions in areas of theory of visualization, video visualization, visual analytics, and perception and cognition in visualization. He is leading visualization activities at Oxford e-Research Centre, working on a broad spectrum of interdisciplinary research topics, ranging from the sciences to sports, and from digital humanities to cybersecurity. His services to the research community include papers co-chair of IEEE Visualization 2007 and 2008, Eurographics 2011, IEEE VAST 2014 and 2015; co-chair of Volume Graphics 1999 and 2006, EuroVis 2014; associate editor-in-chief of IEEE Transactions on Visualization and Computer Graphics; and co-director of Wales Research Institute of Visual Computing. He is currently one of the two editors-in-chief of Computer Graphics Forum. He is a fellow of British Computer Society, European Computer Graphics Association, and Learned Society of Wales.

We are especially interested in a number of open questions in this space, including:

This workshop is seeking work from scholars in both visualization and the humanities who use visualization as part of the process of analyzing and interrogating human culture. Submissions will present original research ideas or results as they relate to visualization for the digital humanities. Each submission should clearly state its specific contribution to this growing field of research.

Submissions will take the form of short (2-4 page - excluding references) papers, falling into one of three submission types: